The potato originally comes from South America, where it has been grown for thousands of years. The Spanish conquerors brought the potato to Europe in the 16th century, but it was not until the 1700s that the potato became widespread and popular in Europe, where there was often a lack of food during winter – and a hundred years later, it found its way to Norway.

Potatoes are grown in over 100 countries, with China, India, Russia, Ukraine and the US being the countries with the highest production by far.

The potato contains carbohydrates, and most specifically starch, about 15%. It also fills you up! Compared to fruit, bakery goods, other food items rich in carbohydrates, and food rich in protein and cereals, the potato turns out to be a winner.
Potatoes contain a decent amount of fibres, and because we consume a lot of potatoes, they contribute to our intake of iron, potassium, B and C-vitamins.

Based on what we know about the potato, the healthiest potato would be a small potato with the skin still on, baked in the oven, cooked in a pressure cooker or cooked in the microwave – and preferably cooled off a little before being consumed.

The consumption of potatoes in Norway is relatively high (approx. 60 kg per person per year). From a nutritional point of view, we should eat more unprocessed potatoes and less processed potatoes, such as snacks. 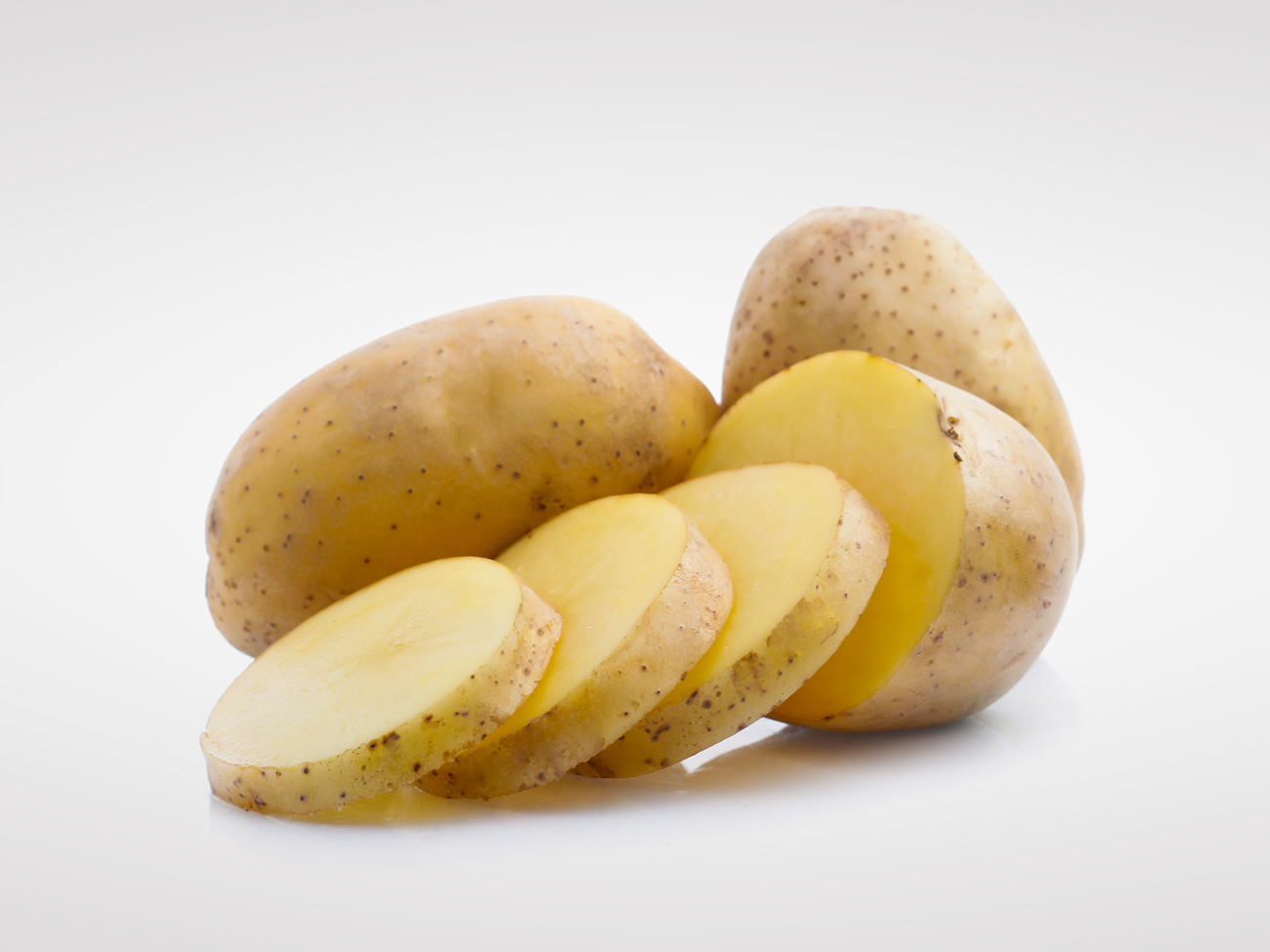