This exotic creature, which is also called dragon fruit, has a taste reminiscent of a mixture of pear and strawberry, slightly sour. Both the flesh and the seeds are edibleg.

Pitahaya grows on cacti, but unlike the cactus fig, the pitahaya does not have any sharp spikes on the skin. Pitahaya comes in many varieties, but the yellow and red variety is the most common.

Pitahaya has a high content of vitamin C, which strengthens the immune system and contributes to the creation of collagen, which in turn is of significance to the skin’s normal function. Vitamin C contributes to reduced tiredness and exhaustion and an increase in the uptake of iron from other foods.

Several of these pitahaya varieties originally come from South America. The Pitahaya was introduced in Vietnam by the French during the colonial times and have later become more widespread in Vietnam and the rest of Asia. Today, Vietnam, Thailand, Gambia and Australia are among the largest producers. 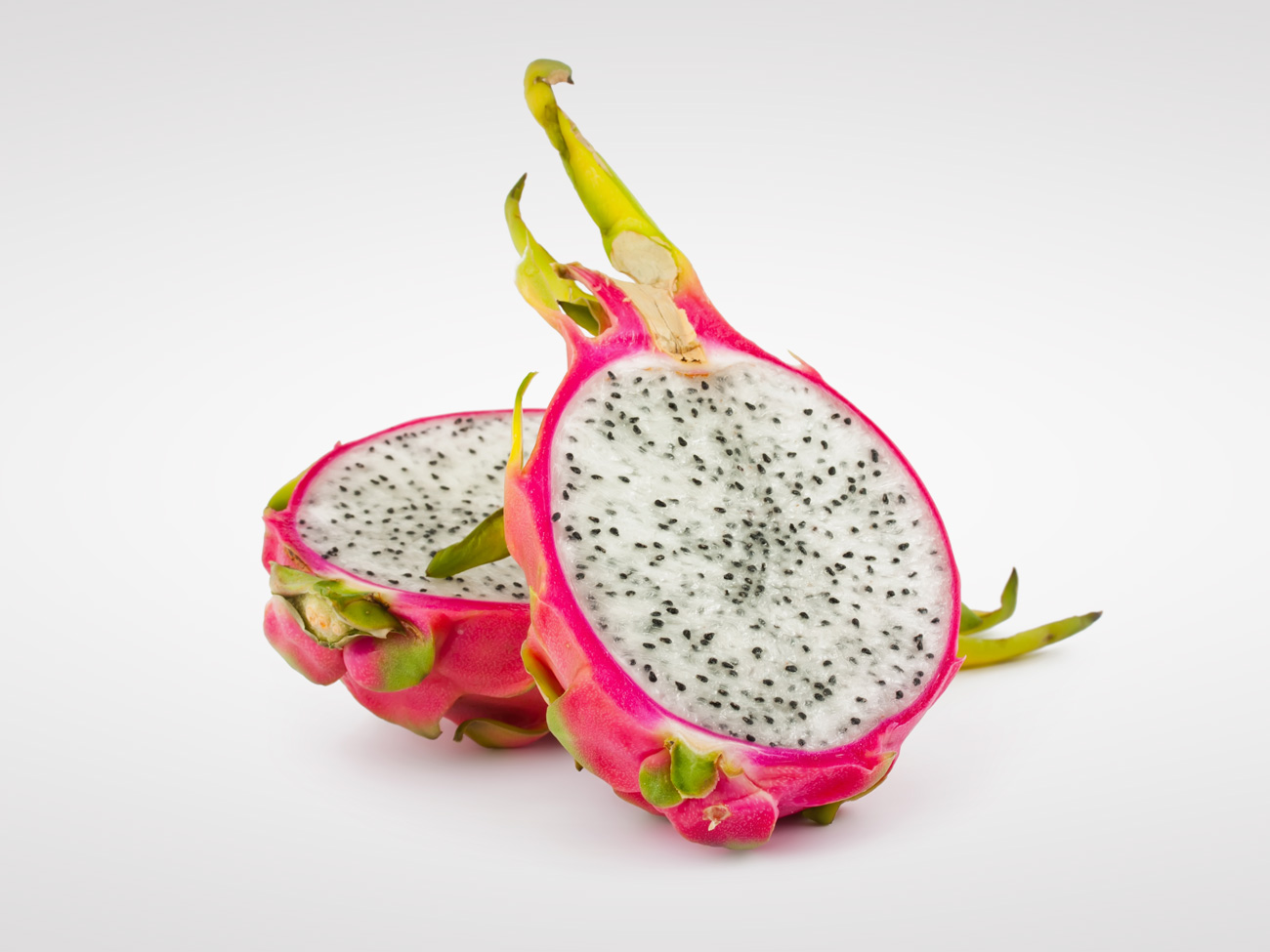